Urban Camp proposes to install home systems to end unsheltered homelessness in Chicago.  Urban Camp Homes are installed in human scale clusters of 10 units with sites ranging up to 50 units.  Sites are selected to be nearby existing homeless population, but buffered with natural boundaries from existing residential areas.

Urban Camp living units are the minimum sized unit to meet code with 70 SF of habitable space and includes sleeping area, kitchen, toilet, shower, and sink. Laundry facilities are provided in a common area per cluster of 10 units.  Modules are highly damage resistant and built for an open to the street urban environment. 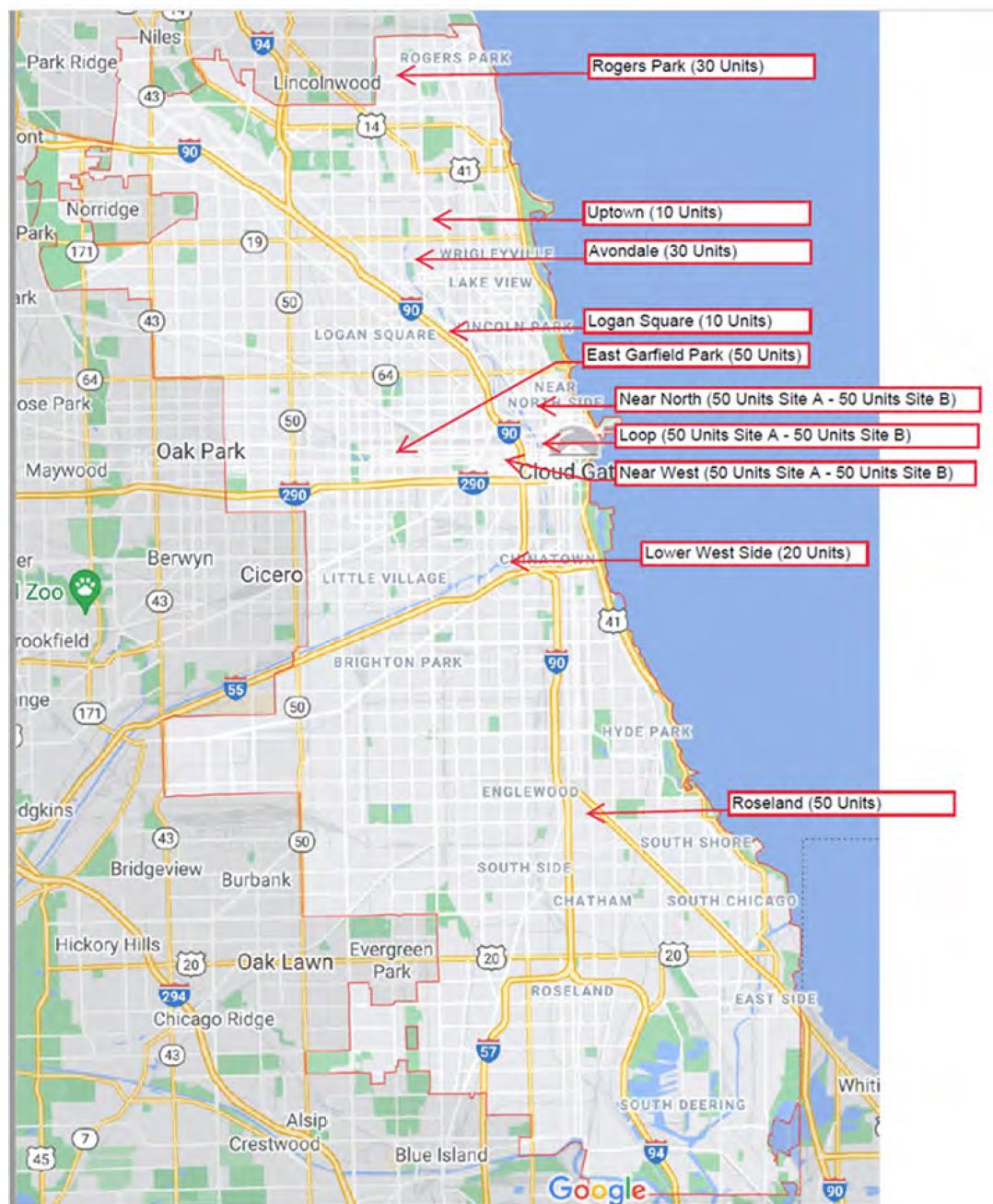 The Proposal includes 13 Sites totaling 500 homes to be located in each of the top 10 Neighborhood Census Tracts for Unsheltered Homeless per the HUD Point-in-Time Reporting.  The target population is predominantly single males, 30-65 years old, and over-represented minority.

The home units are built as modular units in a central location by Urban Camps contract manufacturers. Units comply with all building codes. Sites are typically in an unimproved condition and require design and installation of utility lines, light foundations, and landscaping / paving.  A developer organization coordinates all local permits and approvals, local contractors, and management.

Funding for Site Acquisition, Site Improvements, and Modular Homes is to be provided by a funding organization.  Excluding land costs, the modules and site improvements are estimated to be $100,000 per unit x 500 units or $50 million total.

The proposal anticipates onboarding 100 units per year for 5 consecutive years.  Units will be installed at sites in clusters of 10, to allow site activation as quickly as possible after site approval. 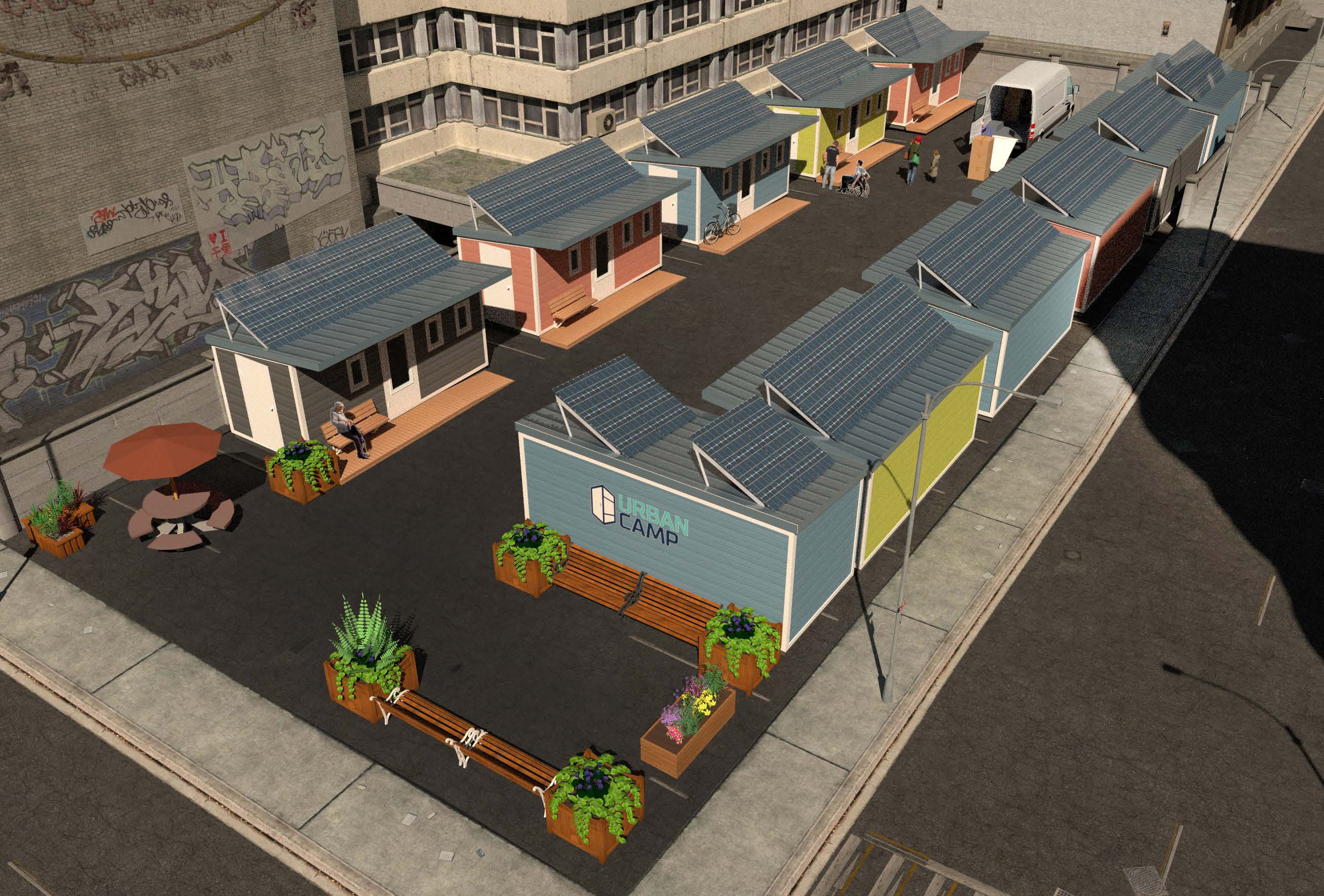 The unsheltered homeless, often in tent encampments, have been resistant to traditional solutions of shelters, transitional housing, and standard supportive housing.  The Urban Camp environment:

Urban Camp works for the Community by addressing what many people envision as the face of homelessness: people living on the street in tent camps.

Here are the statistics from the All Chicago Point-in-Time Count, with the number of Urban Camp Units proposed for the neighborhood.