Google “Homeless Tent Fires” or “Tiny Home Fires” and you will find many pages of local stories and videos describing the severity of the problem.

Fires are so prevalent that it is the subject of academic research from the Journal of Burn Care & Research:

Homeless Tent Fires: A Descriptive Analysis of Tent Fires in the Homeless Population

“Tent fires are a growing issue in regions with large homeless populations given the rise in homelessness within the United States and existing data that suggest worse outcomes in this population. The aim of this study was to describe the characteristics and outcomes of tent fire burn injuries in the homeless population…Tent fire burns are severe enough to require inpatient and ICU level of care. A high proportion of injuries involved the extremities and pose significant barriers to functional recovery in this vulnerable population. Strategies to prevent these injuries are paramount.”

Code Compliance from Day One:

Our founding of Urban Camp was based on the design of the smallest code compliant dwelling, including all fire and life safety codes.  Would you ask a person to live in a place that was not?

Here is what Fire Safety and Life Safety means to Urban Camp: 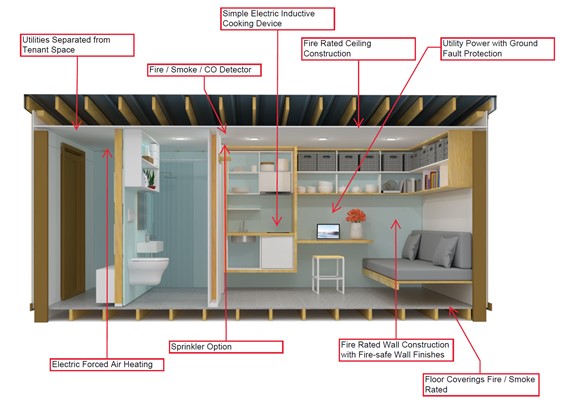 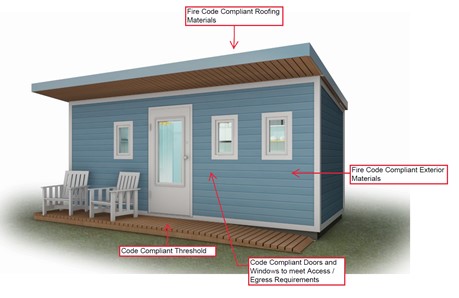 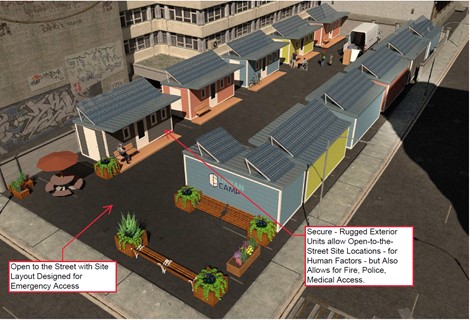 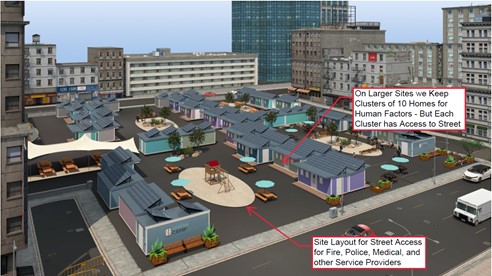